Soooo… I just got home from T’s and have to write because something odd happened.

As I pulled out of her road, I felt my eyes water a bit.. I was quite surprised.  I drove home not really thinking much and then as soon as I got into my house, I bawled my eyes out like a baby.

Today was my last session until Tuesday 20th June.. not that long really is it? AND it’s because I am going away on holiday for a week. It’s not even like she’s going anywhere.

I thought I was okay about it. She even asked me at the end of my session how I was feeling about the break and I said “well it will be weird not coming here, twice“… and she said “yes, and you will be missed“.  I’ve since thought about those words, “you will be missed” – they aren’t quite the same as “I will miss you” are they? Am I being petulant? Obviously it was nice that she said something.. and hey, who knows, perhaps that is just the way she says things? Plus if she had of said “I will miss you” I think I would have burst into tears… so probably best eh?

Clearly I will miss her more than I admitted to her or to myself.  I am really painfully aware at the moment at the huge difference in the connection that I have with T compared to the… “connection” I have with my mother. Or more to the point, the connection that I haven’t had, don’t have and will never have with my mother. It just hit me like a steam train. I saw my mother at the weekend and it was suddenly so obvious.. it was empty.  It is nothingness.  I sensed a boredom from her like I used to before I became what she wanted me to be.  Now I’m not that person again and that is dull to her.

I thought to myself mid-tears, I wonder if this is what children feel like when they are going away and will miss their mothers/parents… I wonder whether adults still feel that way?  Probably not I imagine, not for a week’s holiday.  I thought how I was already looking forward to being reunited with T – and I haven’t even left yet!!! How mental is that? I also wondered whether this may have been how I felt as a child when my mother used to go away a lot without me.  Perhaps it is me remembering that feeling somehow.  It also made me think of my stepdaughter who is currently away on a school trip for a few nights and has asked if she can come to stay with us Saturday night instead of Friday night because she wanted a night at home between the trip and coming to us.  I didn’t really get that – I do now.  She wanted to spend a nice, homely evening at home with her mum first.  Ouch.

I thought that seeing her again seems so far away…  That I miss her already and it’s not even been a few hours yet. Clearly just knowing I wouldn’t be seeing her was enough.  Having said that, I had tears in my eyes last Tuesday when I left her’s and the only conscious thought had been that the hour went too fast – that it wasn’t enough. That I wished it wasn’t over yet.

I thought how nice it would be if I could see her next Friday, the day I return from my holiday and, coincidentally, my birthday. I would love to see T for my birthday.  Ha! How many people want to see their shrink for their birthday? LOL.

How nice would it be if we could have a cup of tea together? I sometimes picture sitting on the usual sofa but with my feet up and a small blanket over me.  Perhaps wearing a really snugly, oversized cardigan.  It would be pouring with rain outside creating that lovely smug atmosphere when you are safe and warm.  We would laugh and chat and it wouldn’t be because I was paying for an hour of her time or because I was “in therapy”. We just did because we wanted to chat, we enjoyed it.  I would leave eventually feeling all warm inside and emotionally “fed”. I would fall asleep feeling happy.

Now that is obviously the fantasy and not the reality.  Unfortunately the reality is shit in comparison to that, but wonderful on its own accord – obviously.

I guess it is the sadness of knowing I won’t see her for a while mixed with the sadness that I can only have her on paid, restricted kinda borrowed time.. mixed with the slap in the face blatant comparison of her and my mother.  Of what I could have… and what I do actually have.

I drafted a text to her which tells her that I cried when I got home and admits that perhaps I’m not as fine as I first thought, but then I thought what’s the point? I mean, what can she say to make that feel any better? It’s just how it is.

It’s probably also a bit of the inner child in me mourning the loss of the mother I would have loved to have.  Just reading this back before publishing has me snotty-crying again.

I think I will go and blare out my new favourite angry song. I sing it (shout it) at times like this. It’s very much about my mother and appropriately entitled “Bloody Mother F****** Arsehole……. here’s a link if you fancy singing along in collective anger. 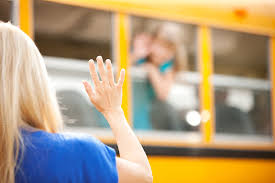 24 thoughts on “An hour is never enough”